Kenneth Orr is a professional investor with 20 years of experience. He lives in Old Westbury, New York. He is the founder of KORR, a value investing firm. Kenny holds a Bachelor of Science from Tufts University and completed additional studies at the Columbia and Harvard Business Schools.

After working for North American Agriculture, Kenneth Orr founded First Cambridge Securities Corp., an investment firm. The firm held offices in both New York and Los Angeles. Over a period of less than five years, First Cambridge Securities had over 350 employees and assisted over 15,000 clients. Kenneth then acted as CEO from 1997 to 2015 for another company he founded, Triumph, a small cap fund.

Kenny went on to create KORR, which is dedicated to value investing. The firm invests in companies believed to be trading lower than their current value, which is expected to increase over time.

Professional groups Kenneth is part of include the Tufts Financial Group and Hedge Fund Professionals. In 1999, he won the Albert Einstein Award for “Outstanding Achievement in High Tech.”

Kenneth is also a philanthropist. He co-founded The Korr Foundation along with his wife and and provides support to the Jewish community. 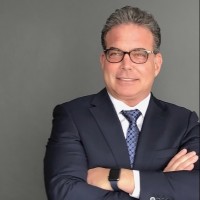